Modeling and leveling are activities aimed at giving the terrain certain slopes and the required surface smoothness.

Modeling is giving different planes the required slope, protrusions, etc.. Most often, slope slopes are modeled. The degree of slope can be specified in degrees of the angle between the horizontal base and the sloping surface of the slope. More often, however, slope is defined as the ratio of vertical height to horizontal base, or as a percentage of slope. 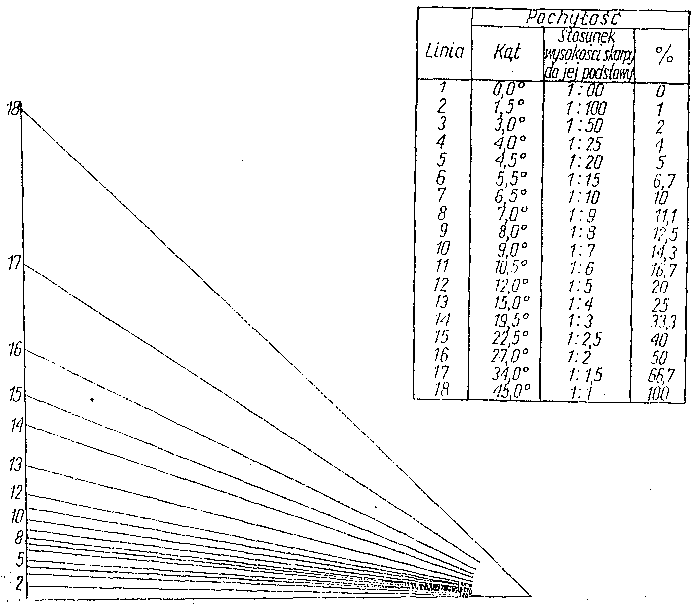 In order to model slopes, it is necessary to set up special templates during the execution of the embankment or excavation, or the use of instruments such as a tilt or a weights. 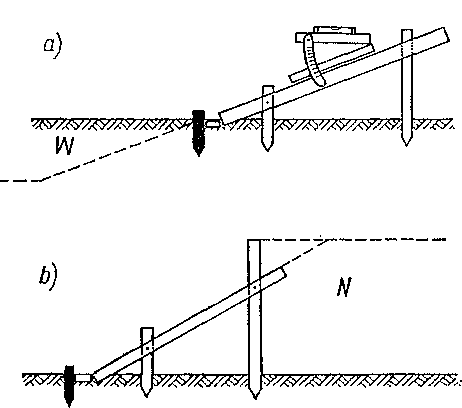 Marking the slope of the surface with a patch: a) excavation, b) embankment.

Forming the surface of slopes with a slope greater than 1 : 2 it is difficult, inter alia, due to the movement on their surface. Such slopes should be avoided, if there is no limitation of the area under the slope or above the slope.

Planting is performed with various hand tools, with a patch or a drag. A grader is used on larger surfaces, if grade is acceptable (soil compaction, caused by the tractor pulling this machine. Carrying out a leveling is possible after establishing the most important main points. The intermediate points are established simply by means of leveling crosses. If a layer of fertile soil is to be spread on the leveled surface, this surface should not be too smooth (killed) due to the required water and air permeability, and on slopes - due to the need to mechanically connect the layer to be laid with the substrate.